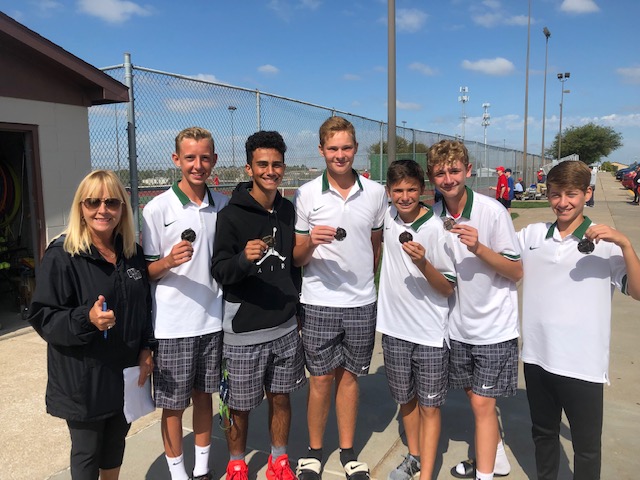 The Boys JV Tennis Wildcats all were medal winners in their best outing last Saturday at the Monarch’s JV Tennis Invitational tieing in total points with the Papillion LaVista home team but lost in the head to head matchups during the competition play. #1 Singles: 1st place for Rami Hanash who made a short day of it winning throughout and finishing 6-1 in his Championship match. #2 Singles: Freshman Jason Wanetka placed 2nd, surprising his team with his most aggressive play of the season. #1 Doubles: Owen Seim and Colin Schulte hit some stong competition and placed 3rd on the day. #2 Doubles: Hogan Wright and Connor Staskiewicz similarly skated to the final and competed strongly verses the PLV team finishing 2nd. Strong outing for the Wildcats!