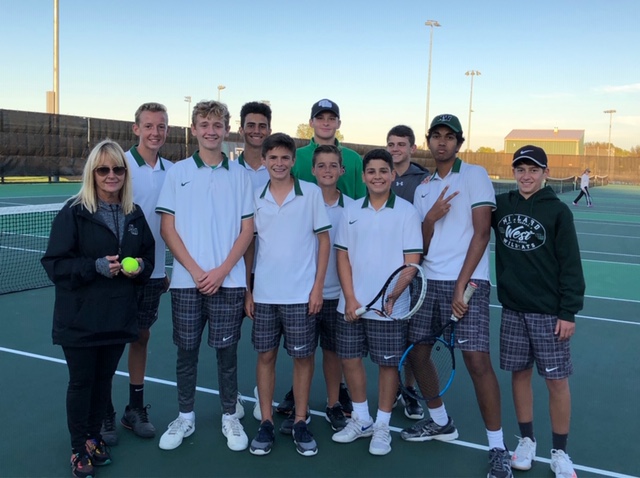 The Boys JV Tennis team played well at times through their matches but could not string the consistent play needed against Prep. Colin Schulte only dropped one game in his solo singles win at #4, before teaming up at #1 doubles with Owen Seim for the second court of the evening 6-3. The Wildcats will see Prep again tomorrow at the MW JV Invitational at Koch Tennis Center in Omaha.