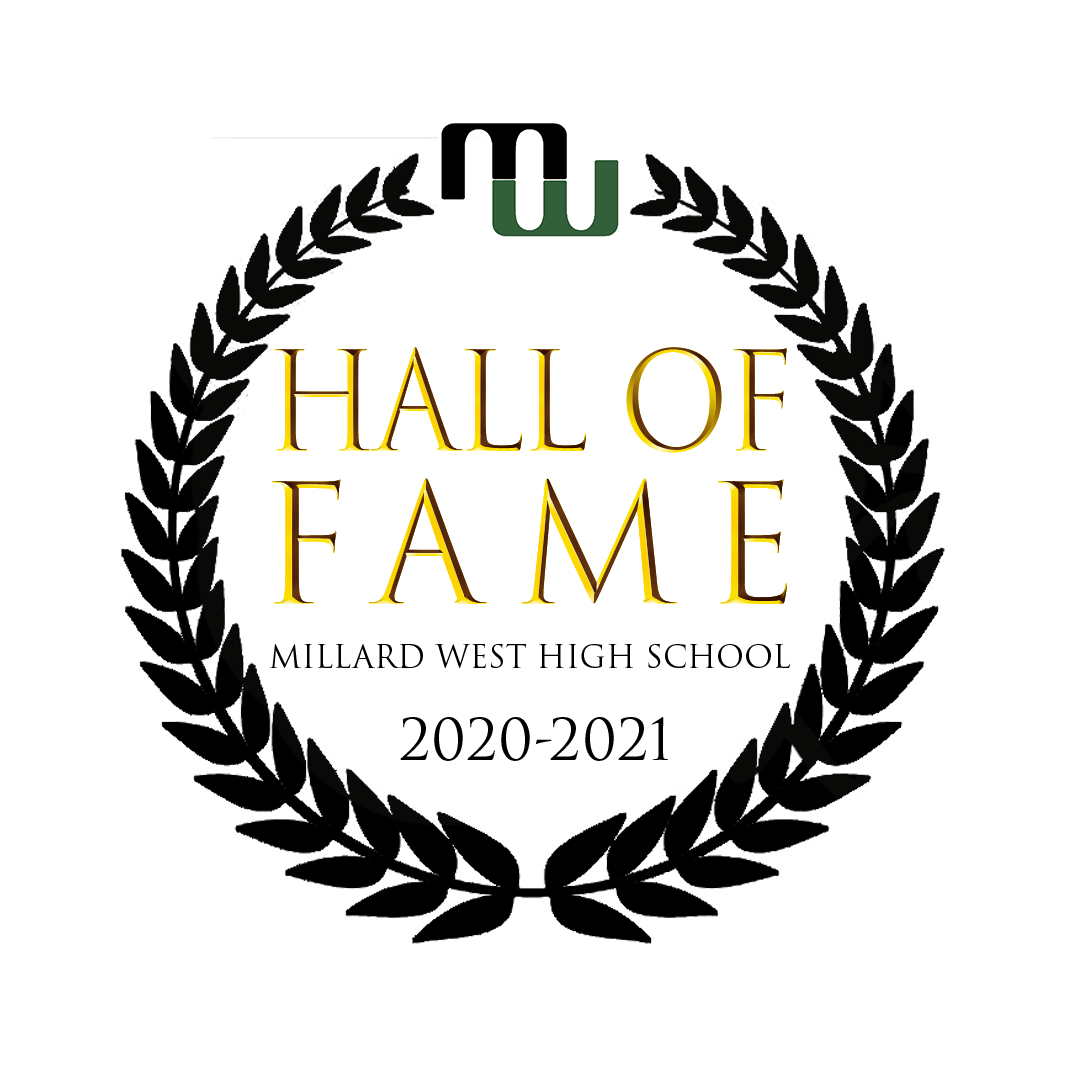 Meet this year’s inductees for the Millard West Hall of Fame. The 2020-21 induction was delayed by the COVID-19 pandemic. The hall of fame ceremony during a normal year would take place in the fall at halftime of a home football game. With limited crowd sizes, ever-changing protocols, and many unknowns, the committee made the decision to delay until the spring season.

Millard West is proud to recognize the following individuals and team by inducting them into the 2020-21 class of the Millard West High School Hall of Fame. The hall of fame was created as a tribute to our growing number of alumni, retirees, and contributors that have helped create the traditions and culture that we enjoy today. 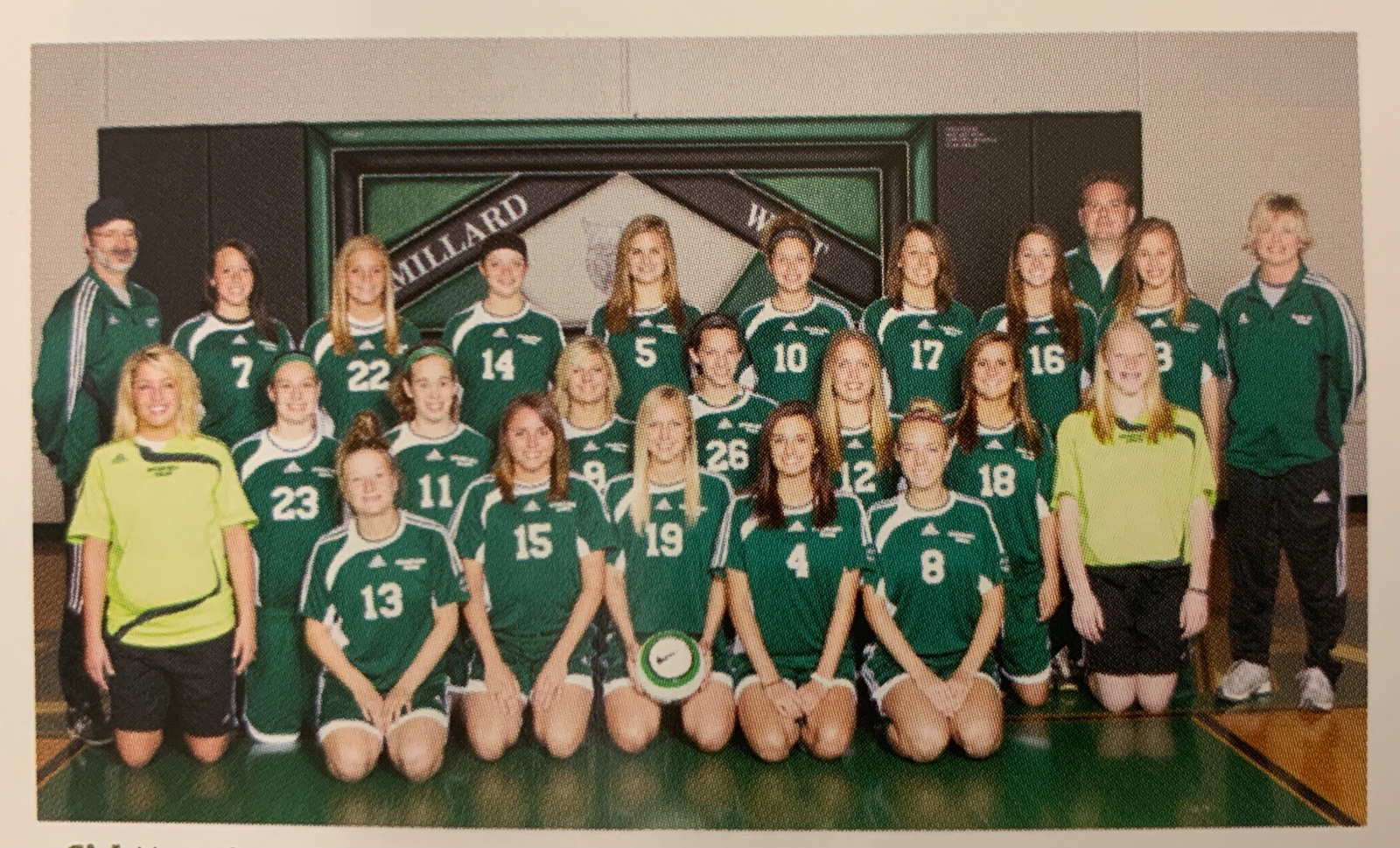 The 2007 girls soccer team won the school’s first soccer state championship and was the start of a run of five total titles since (tied for the most of any one program at Millard West). The team included the following members:

Head coach Jacque Tevis-Butler, who still leads the program today, had this to say about the 2007 group, “This team honored the very hard work of previous teams and laid the foundation of excellence for those who would follow by learning how to break through that barrier. The 2007 team faced their fair share of adversity. They not only had the talent to accomplish what they wanted, but they also had the grit.”

This is the second team that has been inducted to the hall of fame following the 2001 state champion football team that was honored last year. 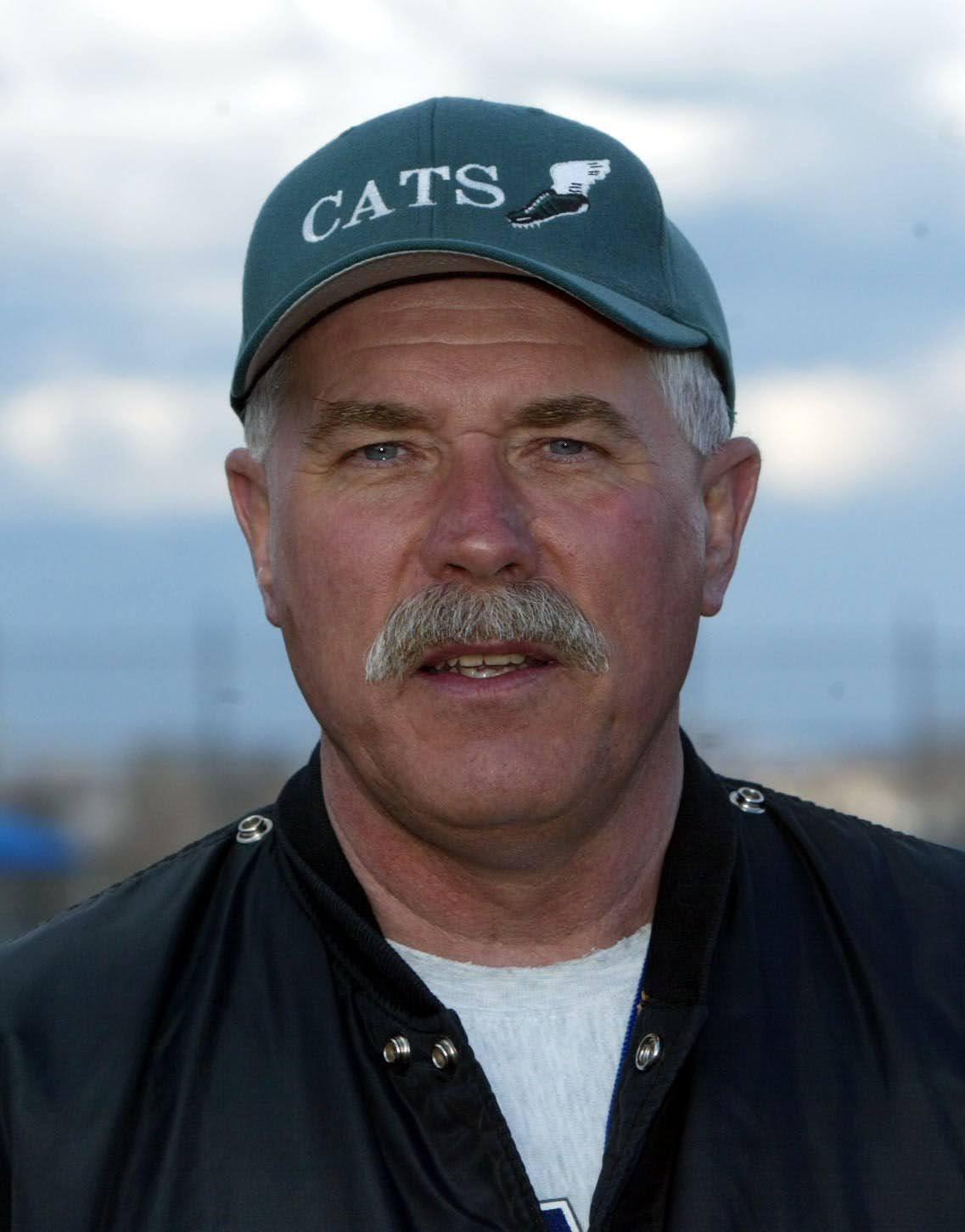 “Success is not always measured by wins and losses. It’s about having a supportive principal and athletic director. Also, working with assistant coaches that are knowledgeable and respectful of the head coach. Lastly, you must have the athletes who buy into the program and are committed to all of the hard training that is needed to be a state champion. I have been blessed to have all three at Millard West. My success was their success. A team that works hard together will find success together; a state championship.”

Lastly, Max would like to thank his wife Janice who has been with him for 52 years and his three children, Dr. Max Jr, Stephanie Lynn, and Melissa Marie for their unending support throughout these years. “I love you guys. Sic’um Cats!” 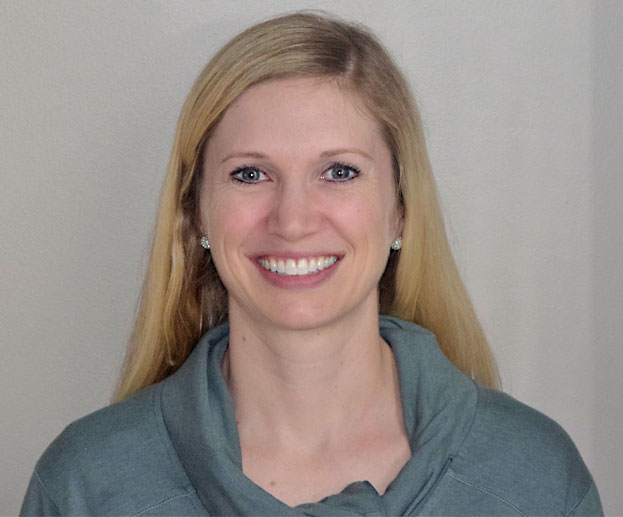 In her time at Millard West, 1996-2000, Laura was a 12 time letter winner. In cross country, she was state runner-up her senior year. She was all-state in basketball during her sophomore, junior, and senior seasons. She was a state track medalist in the 3200m relay, 800m, and 1600m.

After high school, Laura attended Creighton University from 2000 to 2004 where she played basketball. She has been a practicing dentist for the past 12 years.

Laura and her husband Brian practice dentistry together at Whispering Ridge Family Dentistry in Omaha. They have three children – Elle, Graham, and Reese. She says, “I loved my time at Millard West. It was so fun starting a new school and creating all the traditions!” 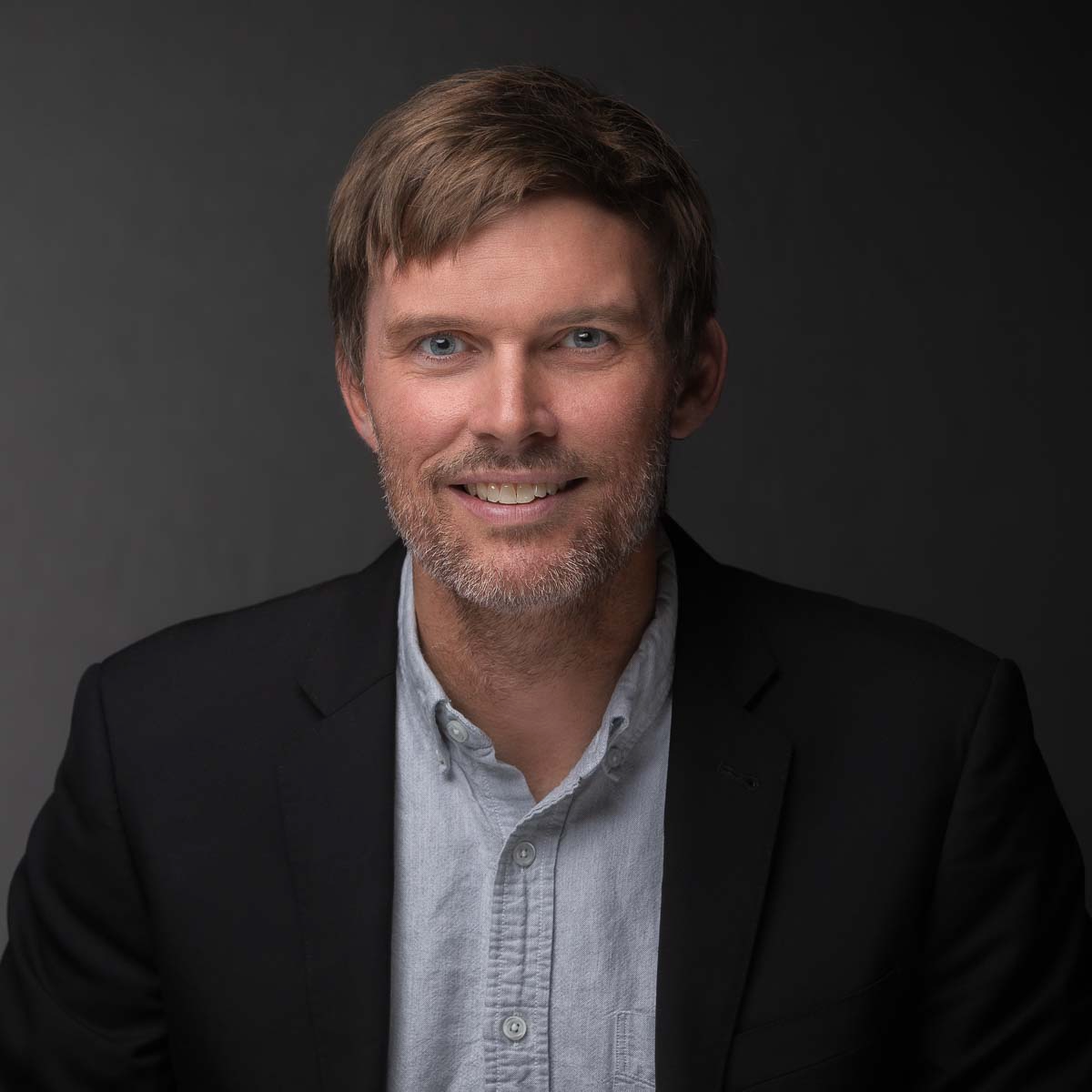 Daniel graduated Millard West in 2001. During his time as a Wildcat he played a sport every semester. He participated in baseball, basketball and football. He played on some really good teams that won multiple district championships and were state finalists multiple times, and in 1999 he was on the state champion legion baseball team. Because of those teams he received several individual honors including all district, all metro and all state honors. He went on to play baseball for the Huskers. There he was again part of some really good teams. In 2001 and 2005 he participated in the College World Series, 2005 being the best season in Husker baseball history by most measures.

After baseball Daniel went on to law school, started practicing corporate and intellectual property law at Kutak Rock in Omaha, and married Erin. Daniel is currently a partner at Kutak Rock and Erin and Daniel have four beautiful kids: Olive (8), Wells (6), Jules (2) and Birdie (8 mos.). They live in Millard close to a lot of people who helped Daniel along the way. 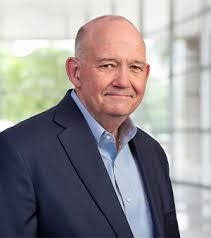 Dave served as an activities and sports booster at Millard West from 1998 to 2001, supporting primarily the Baseball, Basketball and Football programs.  Among his contributions:

– Served Millard West Baseball, Inc. as President and along with Dave Jackson and others led the initiative to raise funds and install field lights on Millard West’s baseball field.

– With Perry Viers and other boosters he initiated the Friday-night videotaping service to create varsity football game season mementos for players and parents.

Professionally, Dave is a CPA and partner with BerganKDV, a regional public accounting and advisory firm.  For the School District, it has been his privilege to serve as a member of MPS Superintendent’s Business Advisory Council, to participate in the MPS Strategic Planning process and to serve on the District’s Budget Budget Planning Team.  He is a member of the Millard Rotary Club and Past President.  He is also an active member of Coram Deo Church.

Dave and his wife, Marilyn, have been blessed with four children: Sarah, Jessica, Daniel, and Micah, all of whom are Millard Public Schools’ graduates.